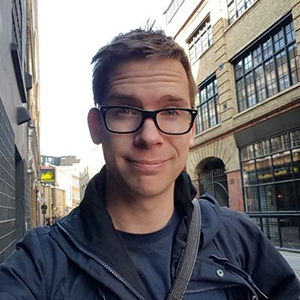 Brendan Miller is a freelance video director - who has made films the likes of BBC Three, the Financial Times, and fact-checking charity Full Fact.

He is co-creator of the hit series "Things Not To Say" on BBC Three, that consistently reaches millions of people on Facebook and YouTube. The series aims to overturn stereotypes and prejudice in a funny and entertaining way, and recently won the Mind Media Award in the Entertainment category.  He was formerly the Digital Development Editor at BBC Three, focusing on developing new video formats for Facebook and YouTube.

He was also the series-producer of Free Speech, a debate programme for young people on BBC Three, and spent three years as the Westminster producer on BBC Question Time.

He blogs at brenkjm.wordpress.com and his Twitter handle is @brenkjm.